Originally posted on DARKSIDE RELEASING:
Artwork and pre-orders are up for two new killer Blu-rays from Darkside Releasing… but before you…

Originally posted on DARKSIDE RELEASING:
Blu-ray notification for 2020: Just as the “Amazon Hot Box” Collectors’ Edition is no longer available…

Originally posted on DARKSIDE RELEASING:
And a huge thank you to all of our producers, our fans, and our loyal customers…

This December, Friday the 13th, marks the actual 18th anniversary of Creepy Six Films. While Creepy Six Films has continued to to creep forward through the past decade, in actual fact, there have been no official productions from the Vancouver Midnight Movie company since 2011, when we wrapped up “Catholic Cheerleders for Satan”. However, there was plenty of content that had been produced between 2005-2011, a lot of episodic series and shorts that interconnected in a somewhat bizarre Creepy Six Films universe that features quite a few indie film stars working in Vancouver at the time, including Kacie Hart (“When Life was Good”), local comedienne Laura Leone Hancock (“Hell Hath No Fury”), and Danielle Korda, who became known for a series of Canadian car commercials. Now, to celebrate the 18th anniversary, Creepy Six Films will be releasing the never-before-seen “STAB, KILL, DIE!”, which is a brand new cut of our viral hit “Catholic Cheerleaders for Satan” (2011), incorporating all of the footage shot over that five-year creative period, into a hallucinogenic opus of blood, murder, sex and mayhem with huge nods to the crazy sub-genre of cheerleader horror films of the 70s and 80s. Come and celebrate with us as we release this never-before-seen Creepy Six Films gem from the heyday of the original Vancouver Midnight Movie Company, on Blu-ray for the first time ever, anywhere, THIS DECEMBER! From Darkside Releasing https://darksidereleasing.com

We’re crying today, at the passing of our longtime friend and collaborator, Ryan Nicholson. Ryan was such a generous and creative person, and we are grateful to have been able to have him in our lives.

We began with him in November of 2002, back when his Special FX company had a shop out in North Burnaby. We loved going to that shop. We all became fast friends with common interests and a knack for inspiring each other creatively. We even filmed scenes of each others’ films in that old shop, and in the relocated Flesh & Fantasy shop when Ryan moved it all just off of Main Street in Vancouver. After three years, and three projects, of Ryan helping us out with our independent horror films (he was WAY bigger than we were — he’d won a Genie award for his Special FX make-up work on Stargate SG the year we’d started working with him, and had just been hired to create all of the elf-ears for Jon Favreau’s ELF), we were very exited to return the favour to help him out on his first feature film, LIVE FEED.

In the last three and a half years, we’d only seen Ryan twice, at the 2015 Calgary Horror Con, where we met his wife Megan Nicholson and enjoyed an impromptu reunion where we went out for drinks together between working at our respective tables, and then again after he’d survived his first bout with brain cancer, at a Phantasm screening at the Rio, which was over a year ago. The last message I got from Ryan was via Messenger, he thought it was amazing to be working on Arrow with the Key Make-up artist Tanya, all of whom we’d started these crazy careers together with Carmilla (Vampires vs Zombies) back in 2002.. That last message was just a couple of months ago. I responded, very casually, never thinking that it would be the last time I’d be speaking to Ryan. The things that Ryan and us at Creepy Six Films (Vince D’Amato, Nicki Hancock, and Josh Pasnak) collaborated on all those years ago left a strong, lasting, emotional presence in our lives, and Nicki and I are just brokenhearted that he’s gone, nevermind that we didn’t see each other that often over the last few years. It was those first few years that really cemented these experiences in our minds and our hearts. We will forever miss you, Ryan. 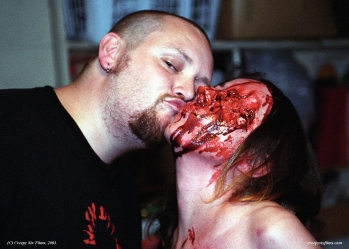 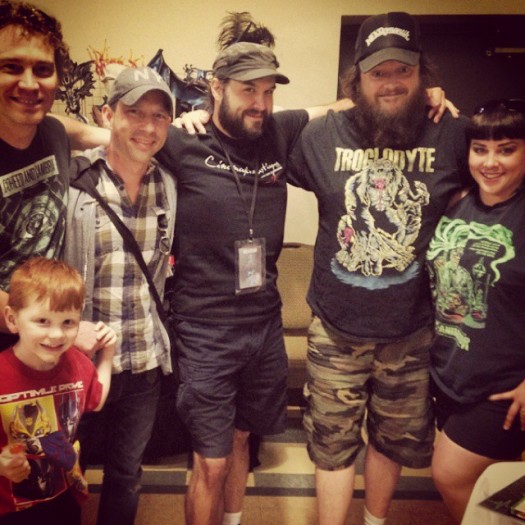 We are connected with...